The objectionist, the status quo, and change within organisations

Change in organisations can be difficult, even traumatic for employees but change is required for improvement and ongoing success. In many workplaces there are people who are objectionists – I suspect this is not a real word but used here to describe people who regularly take objection to change initiatives. Therefore they are objection-ist. 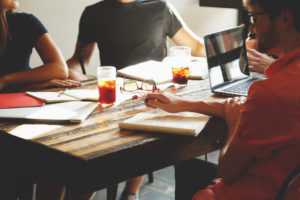 I’ve known many objectionists and I suspect they are all too common in many organisations. I have watched them find fault in new policy or procedure, complain about a lack of consultation, or moan about how the new structure will make things worse. Often the fight seems to be for the sake of fighting, not because their rationale is grounded in any logic.

At first glance it might seem that these people are scared of change. Fear of change may be a common problem but I don’t think it the cause of the objectionist in most cases.

Change in an organisation tends to upset the apple cart. Regardless of the problems of the status quo, people have worked out over time how to workaround, navigate, manipulate and even exploit the current environment. When a change occurs they need to re-evaluate, re-calculate and re-navigate the changed environment often requiring trial and error to identify optimal actions or processes.

An example may be a change of software system. The old system may be slow and cumbersome, but people have found workarounds and developed strategies to make it work for them. The new one may be better in every way, but often staff will need to go through a period of discovery to find the best way to use it in their particular context.

I have found that there are two main types of objectionists: those who are disempowered, and those who have an inflated sense of self importance. I don’t think they are mutually exclusive, often both reasons will be relevant for one person.

“Most people work just hard enough not to get fired
and get paid just enough money not to quit.”
George Carlin

One university I am familiar with (but shall not name) had a very unproductive organisational culture, particularly in one faculty. Academics would try to outdo each other with tales of their excessive workload and how busy they were. Meanwhile actual output (such as research outcomes) was at an all time low.

Desks and offices were deliberately piled high with papers as evidence of their workload. Meetings took their full allocation of time booked, regardless of the amount of material to cover, and were regularly derailed by largely irrelevant issues that prevented progress and often required new meetings to be organised. Most staff members were objectionists to some extent.

In 2009 the university attempted to revise the university-wide assessment policy. Despite the new policy being informed by industry leading experts and the latest literature, and developed in consultation with the academics, there was considerable objection to the new policy. 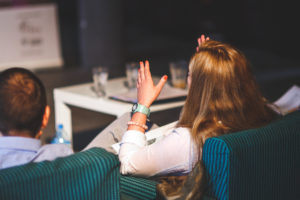 I recall one particular faculty staff meeting where the policy was being discussed: one particular academic (a serial objectionist) attacked the new policy as completely inappropriate for her discipline. She appeared outraged by the suggestion that a university-wide policy could be relevant, dismissing the whole document as unworkable and irrelevant.

There was plenty of support from other objectionists and what followed was an hour (because an hour was allocated for the staff meeting) of rants with no discussion of solutions or ideas of how to proceed. Those staff who wanted to discuss the policy constructively were shot down, often with emotive, manipulative, or intimidating language.

This didn’t stop the eventual implementation of a new policy but it certainly slowed its progress and delayed or prevented meaningful contribution from faculty members.

Should we give objectionists special treatment?

If the cause of objectionism is disempowerment then clearly the solution is empowerment. But if the cause is an inflated sense of self importance (like many Gen Ys for example, or most second-rate academics) then do we pander to their delusion?

We could involve them at the earliest stages of planning but I suspect this will fuel their ego and make the problem worse.

Objectionists tend to be motivated by individual benefits rather than collective or organisation benefits. They may feel change is bad for me even if it good for us.

When we feel a strong sense of belonging to our organisation we want what is best for the organisation.

If the organisation has strong cultures of belonging and loyalty then it’s unlikely there will be many objectionists. If you’re trying to implement changes in your organisation and you’re finding opposition you may consider attempting some subtle changes to your organisational culture first.