What is Structural Social Capital?

Structural social capital is the network of people who an individual knows and upon whom she can draw for benefits such as information and assistance. It is typically considered the density, connectivity, hierarchy and appropriability of the network of relationships in any given context such as a group, organisation, or community[3]. Important aspects of structural social capital are the number of ties a person has, with whom and how strong the tie is[4]. 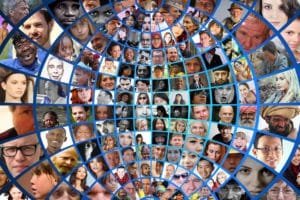 Structural social capital is normally studied using a network approach. In research using the network approach the frequency of contact and resulting social distance among actors in a particular firm or organizational field are plotted to form a web-like diagram illustrating actor interaction patterns[5]. It has been analysed from different perspectives  that include tie strength and centrality, network stability and size[6].

Within the context of structural social capital many scholars have identified the distinction between bonding, bridging, and linking social capital (for example Putnam, 2000[7]; Svendsen and Svendsen, 2003[8]) to describe different types of network ties[9].

Structural social capital facilitates conditions of accessibility to various parties for exchanging and transferring knowledge, and for increasing the exchange opportunity[10]. It provides opportunities for people to gain access to relevant peers with desired sets of knowledge or expertise[11]. It makes it easier for people to engage in mutually beneficial collective action by lowering transaction costs and improving social learning[2].

7 thoughts on “What is Structural Social Capital?”