Social norms are actions regarded by a set of persons as proper or correct, or improper and incorrect

Social norms are socially enforceable expectations about what constitutes normal and appropriate action in a particular context[3]. Social norms “specify what actions are regarded by a set of persons as proper or correct, or improper and incorrect”[4]. Norms are the rules, beliefs, mores and habits which regulate behaviour[5].

Social norms serve as the foundations of maintenance of social order and are essential to the functioning of any social grouping including society. Norms are produced, reproduced, and reinforced through the normal conduct of everyday life[6]. Social norms differ from other norms, such as moral norms and legal norms, in that they are socially defined and enforced[7]. The importance of social norms and the informal social sanctions that support them can not be overstated since no human society could exist without them[8]. 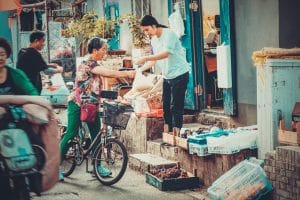 A common distinction is between norms that describe what people do and what people ought to do. These are termed descriptive norms and injunctive norms respectively. Descriptive norms are ‘the norms of what is’ and represents how a group behaves whereas injunctive norms are ‘the perception of what most people approve or disapprove[9][10]. Beyond this broad categorisation, Elster (1989)[7] listed various examples of norms such as consumption norms, norms against behaviour “contrary to nature, norms regulating the use of money, norms of reciprocity, norms of retribution, work norms, norms of cooperation, and norms of distribution. This illustrates the wide variety of human activity that are regulated by social norms.

Social norms are supported by sanctions for violation of these norms. Norms rely on sanctions for their existence because, without punishment for violation, a norm is unlikely to exist[11]. For a social norm to be sustainable, it must provide suitable incentives and disincentives for its observation. This requires deviators from the desired behaviour to be sanctioned, and for a person who fails to sanction to in turn be sanctioned[12]. Norms are enforced due to the expectation that violations of the behavioural standard will be punished[8]. The expectation of sanctioning is essential to the maintenance of social norms.

Each social grouping develops its own distinct, although related, social norms

Social norms are a vital aspect of social capital

Social norms, and the informal sanctions that support them, have been described as one of the most important elements of social capital[14]. Norms are included in virtually all conceptualisations of social capital, perhaps with the exception of those utilising the most extreme forms of methodological individualism. Both Putnam (1995)[15] and Coleman (1990)[16] referred explicitly to the importance of social norms. Some scholars have claimed that informal sanctions are a major determinant of a society’s social capital because they are key to the enforcement of implicit agreements and social norms[17].

Schneider (2009)[18] claimed that all definitions of social capital contain three vital elements: networks, trust, and (shared) norms and culture. Norms are an important aspect of social capital because norms powerfully influence the nature of human action. Strong social capital is associated with norms that encourage prosocial actions, that discourages exploitation, and that create connection and cooperation for mutual benefit. 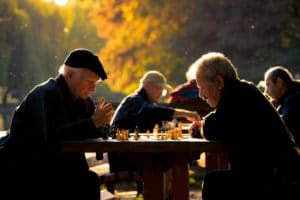 The salience of norms influence on human action can be over- or under-stated. Many sociologists of the mid-twentieth century observed that norms were a significant force in social life and leapt to the conclusion that all social action flowed from them[19]. The opposite extreme is common in economics that assumes that the observed norms have been selected out for their economic efficiency (ibid). The importance of norms in social capital emphasises the role of religion, share history, and culture and how norms are culturally transmitted[20].

From Coleman’s rational choice perspective, social norms affect the costs and benefits that individuals consider when exercising choice because they are accompanied by potential rewards (for compliance) or punishments (for noncompliance). From this perspective “social norms are construed as outcome-oriented conditional constraints that enable the efficient coordination and realisation of individual preferences and self-interests within a social structure”[21]. This outcome orientation involves universalising assumptions by ignoring non-outcome-based action.

From Putnam’s democratic or civic perspective, social norms do not function exclusively to facilitate the efficient realisation of individual preferences. They also foster reflexive social cooperation that enables the collective realisation of democratic ideals[22]. Social norms, therefore, facilitate the kinds of mutual obligations and cooperative actions that make democracy work[23]. This approach does not reduce social norms to rational norms as the rational choice approach does, but rather it inflates them to universally positive norms.

From Bourdieu’s Marxian perspective, social norms are primarily prereflective predisposes that shape individual and collective practices. Bourdieu’s foundational theory of human action is elaborated in his concept of habitus. For Bourdieu, habitus is the shared set of durable dispositions, perceptive schemes, and ingrained orientations that enables and limits individual and collective practices with a particular context[24]. This perspective avoids reductionism and inflation, however, tends to emphasise the non-voluntary predispositional reproduction of human action and association.

The conclusion that norms emerge from networks is accurate however says nothing about the nature of these norms and whether they are prosocial, productive, or encourage collaboration and collective action. In social capital literature, it is common to find claims that interactions and connections between people generate norms of trust and reciprocity[25]. This can be the outcome, and perhaps most often is the outcome, however, the outcome could instead be negative norms of distrust and self-interest. Clearly, there are other factors involved in influencing the nature of the outcome, but these are rarely acknowledged in the literature. This oversight may be in the interest of simplification of highly complex social processes.