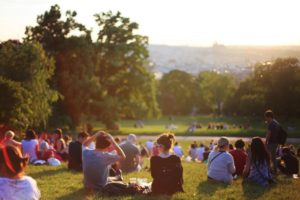 Social capitalism is best understood as classic capitalism with a focus on improved social outcomes, or at least economic social responsibility. You could think of this as egalitarian economic practices that aim to ameliorate the social problems caused by capitalism, primarily inequity.

Social capitalism is related or associated with the Third Way, the humanisation of capitalism, democratic capitalism, and social democracy. This would describe a practical mid-way point between “late-form capitalism” and “socialism”.

What is Social Capitalism?

Social Capitalism can be defined as a socially minded form of capitalism, where the goal is making social improvements, rather than focusing on accumulating of capital in the classic capitalist sense. It is a utilitarian form of capitalism with a social purpose.

Yes. In classic capitalism the factors of production are land, labour, and capital. But social capital does not match the definition of capital since it is not privately owned and cannot be readily traded. Ownership is embedded in social relationships between people, so is not owned by any one person. And social capital also relies on context (and even chance) to be manifested so cannot be readily exchanged for economic outcomes. 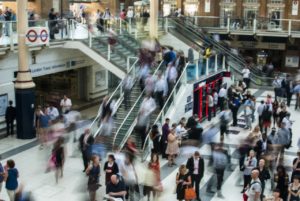 I’m not saying that social capital isn’t like capital, otherwise I wouldn’t be using the term at all. Social capital clearly has productive benefits that I am happy to call capital. But classic capitalism does not account for the exchange and trade of intangibles such as those involved in social capital.

While classic capitalism clearly uses the factors related to social capital it does not place a value on it or attempt to account for it.

In one sense a social capitalist is a person who invests in building social capital. They build a network of relationships because they believe that social capital is the most important factor to an organisation or individual’s success.

But that isn’t social capitalism as I understand it.

The definition of a social capitalist for a new paradigm 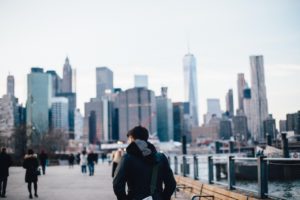 If someone elects to direct any portion of labour or capital toward the public good, via the private or public market, they are a social capitalist.

An organisation engages in social capitalism when it makes a profit and is for all purposes capitalist, but acts toward a social benefit in its end product, hiring, investing, or production, even if it’s a traditional for-profit company.

In this way, social capitalism is not a top-down regulation of capitalism for the social good. It is a deliberate choice made by individuals to promote equality, fairness, and justice for all. It is a choice to improve societal and environmental outcomes for the betterment of all, including future generations. It is a value system, not an economic or political system.

It is not socialism, and it is not classic capitalism. It is not charity nor is it philanthropy. It is about directing capital towards the common benefit via markets as individuals and collectives.

It is about solving social issues and making a profit, and has an ideology of liberty, equality, and justice.

Liberty because all action is elective, equality because anyone can be a social capitalist and no group is excluded from its benefits, justice because it is moral and ethical to care for the public good, and utilitarian because its ends are ethically-based happiness for the many.

Social capitalism is about:

Some other definitions for clarity

Socialism describes an economic system with social ownership of the means of production. Social ownership may refer to forms of public, collective or cooperative ownership, or to citizen ownership. There are many varieties of socialism – some that are completely different to capitalism and some that have monetary prices, factor markets and in some cases the profit motive.

Capitalism is an economic system based on private ownership of the means of production and their operation for profit. The key characteristics of capitalism include private property, capital accumulation, wage labour, voluntary exchange, a price system, and competitive markets. Common criticisms of capitalism include social inequality; unfair distribution of wealth and power; materialism; repression of workers and trade unionists; social alienation; economic inequality; unemployment; and economic instability. Capitalism is inherently incompatible with the democratic values of liberty, equality, and solidarity. Market forces must be reigned in by a counter-movement of social protection that often takes the form of government intervention.

Communism is a socioeconomic order structured upon the common ownership of the means of production and the absence of social classes. The idea is to share all economic and material products between everyone in society so that all may benefit from everybody’s work. There are many different forms of communism, however, most people are familiar with the Soviet form which wasn’t really communism. It favored dictatorship and state control of the economy in a combination of authoritarianism with state socialism. This is not the intent of communism. No major American political figures are communists.