Is the use of personal mobile devices eroding the public sphere?

This week I was sitting in an airport bar waiting for a flight. As I looked down the bar, all but one of the other 12 people were on their smart phones. No one was talking. There was no social interaction in that physical space, as all but one were occupied elsewhere.

Were they all traveling alone? Was this a social vacuum or were they using the time to connect with their friends, family and colleagues? 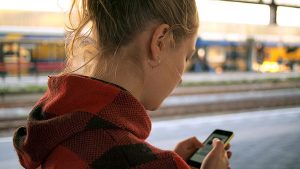 When boarding started several groups (of twos and threes) got up from the bar and walked off together. They were all individually (presumably) interacting with their digital environment while ignoring their immediate physical and social environment.

Is this a problem?

I have been asked this many times over the last 10 or more years, but as the use of social media and personal mobile devices increases there is more interest in this topic.

I’ve heard what other people are saying: the use of personal mobile devices is eroding the public sphere, reducing civil society, causing social isolation, and reducing social capital.

Technology does not reduce social capital!

This statement is clearly not absolute because it depends on how it is used, but as a whole or generally speaking I have no doubt (although little empirical data) that it is beneficial for civil society.

So what are the downsides of the consumption of digital media and online interaction? 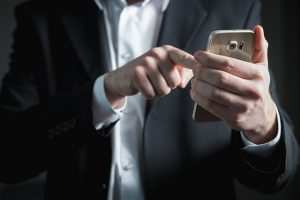 But this is black and white. The reality is that most of our social relationships have both online and physical interactions. Online interactions can maintain and strengthen our existing relationships with very little cost (of time and money).

It is now possible to maintain literally hundreds of relationships with little effort compared to previously available techniques such as phone calls and physical meetings and visits.

Imagine how much time (and money) it would take to call (or visit) all of your hundreds of friends every week to maintain a similar level of familiarity as you can get from Facebook use.

So online networks can be very beneficial for social capital, when used appropriately.

Below is a good example.

A good friend contacted me yesterday after seeing on a social network site that I was travelling in the city where he lives. We had dinner last night and talked for over 3 hours.

Over the last couple of months since we had last seen each other he had read many details of what I have been doing, thinking and feeling on social media, as I had read of him. This meant the relationship felt current, strong, familiar and connected. This is a stronger relationship for our joint use of social media, but it still must have an important physical component to be maintained as such.

That is the caveat to my earlier statement – it’s good for social capital if used appropriately and is combined with physical social interaction when possible.

But why is physical interaction important?

You could remedy this to an extent by reading his CV or biographical summary, but you’ll still lack much of the information that you would normally derive from the subtle non-verbal forms of communication while talking to him and spending time in his presence.

So when you sit in a restaurant or on a bus and see just about every other person with their head buried in their smart phone, ask yourself whether the public sphere is worse off, or is it better despite what you may see as a barren social wasteland.

1 thought on “Is the use of personal mobile devices eroding the public sphere?”