Many aspects of social capital require investment or effort to build and maintain and therefore are limited by the physical constraints of space, time, and space-time[1]. The role of space and time in social action is something that is central to the study of human geography and has been explored from a variety of different perspectives (for example, Harvey, 1996; Massey, 2005; Thrift, 1996). Thrift (1996) called for social interaction to be conceptualised in terms of space-time. “It is neither space nor time that is central to the study of human interactional orders, but time-space” (Thrift, 1996 p.1). The development and maintenance of relationships and shared understandings have both temporal and spatial dimensions, and although technology has partially mitigated the costs and limitations involved, these factors remain important.

There are numerous examples of how the space-time limits or constrains aspects of social capital, including the fact that building and maintaining relationships requires interaction, taking place in space and time; that shared understandings are reached and maintained through interaction and communication; social structures need to be established and maintained; people need to execute the duties of their roles; and rules need to be designed, documented, and enforced. These examples take time, and many of them have a spatial dimension since many social actions require or are enhanced by physical presence where face-to-face (FtF) interaction or exchange can occur. In-person interaction requires travel, which has a temporal component. Therefore, it is useful to consider social action occurring in four-dimensional space-time, although it is important to acknowledge the role of technological developments that reduce or eliminate the need for some forms of FtF social action. Regardless of technological developments, building and maintaining relationships takes time and the limits of time result in trade-offs (Takano and Fukuda 2017) which ultimately limits the social capital maximum.

In the last two centuries, technological developments have significantly reduced the costs associated with space-time. Travel times and costs have decreased, and technologies have facilitated non FtF interaction that, for many social actions, essentially removes space from the equation. However, not all communication technologies have the same effect on various aspects of social capital. For example, computer-mediated communication (CMC) has a significantly different influence on social norm development, primarily because of the differences in sanctioning mechanisms. Cummings et al. (2002) found that CMC is less valuable for building and sustaining close social relationships than other means, such as FtF contact and telephone conversations. This is often explored from the perspective of the theory of social presence (Short, Williams, and Christie 1976) or other theories such as media richness theory (Daft and Lengel 1983), the reduced social context cues model (Sproull and Kiesler 1986), and the social information–processing model (Walther 1992; Walther, Anderson, and Park 1994).

Social presence theory suggests that the low social presence forms of communication result in reduced social influence when compared to other higher social presence media such as FtF communication. As technology improves, it may allow remote interaction to increase and approach the level of presence of FtF interaction. However, differences will remain that will continue to influence the nature of social capital. For example, the previously mentioned differences in social sanctioning mechanisms. This does not necessarily weaken social capital because other sanctioning mechanisms could exist or function differently. These mechanisms may need to be deliberately created and their role in social capital formation and maintenance investigated.

Most researchers agree that physical space plays some role in the formation of the sense of community, although it is only one of many factors that create a sense of community (Lloyd, Fullagar, and Reid 2016). Before the development of modern transport and communication technologies, physical space was very important to the frequency and quality of social action since interaction and exchange were predominantly FtF. Social action was constrained to the local area because travel times (and lack of communication technologies) limited long-distance interaction. Things have changed, but spatial proximity and the nature of the built environment still provide important motivation and opportunity for FtF social interaction.

There is a significant body of knowledge in urban planning about the role of urban design in sociability and the ways in which spaces can support social action (Aelbrecht 2016). There are a variety of spaces in a built environment that can be ‘social spaces’[2], such as the more private or semi-private spaces, such as inner-courtyards, stairwells and lifts, to larger public spaces, such as the street and the square (Lawton 2013). The mix of public and private spaces is important, particularly the role of privately owned spaces in providing goods and services that facilitate longer stays and more and different forms of interaction (refer to Figure 8). For example, a beautiful public garden is an important meeting space, but without other types of social space and associated facilities, the total amount of interaction may be limited. A public garden surrounded by other types of social spaces such as shops, cafes, restaurants, art galleries, theatres, etc., would facilitate much more social interaction.

When considering physical spaces for interaction, it is useful to consider the role of ownership and privacy in creating different types of spaces. For example, the public garden discussed above is publicly owned and is public in terms of privacy (refer to Figure 9). A café is privately owned but public privacy, a meeting room in a public library is publicly owned but private in terms of privacy, and someone’s home is privately owned and private privacy. A mix of different types of social spaces facilitate opportunities for different types of interactions that are important for social capital development, maintenance, and manifestation. When people occupy a physical space, there is the opportunity for new connections and the maintenance of existing relationships. However, the presence of a high density of individuals in a space could lead to perceptions of congestion psychological that can limit interaction (Zare 2015). Therefore, having more people in a physical space does not necessarily improve social capital, making this another example of non-linear causality. 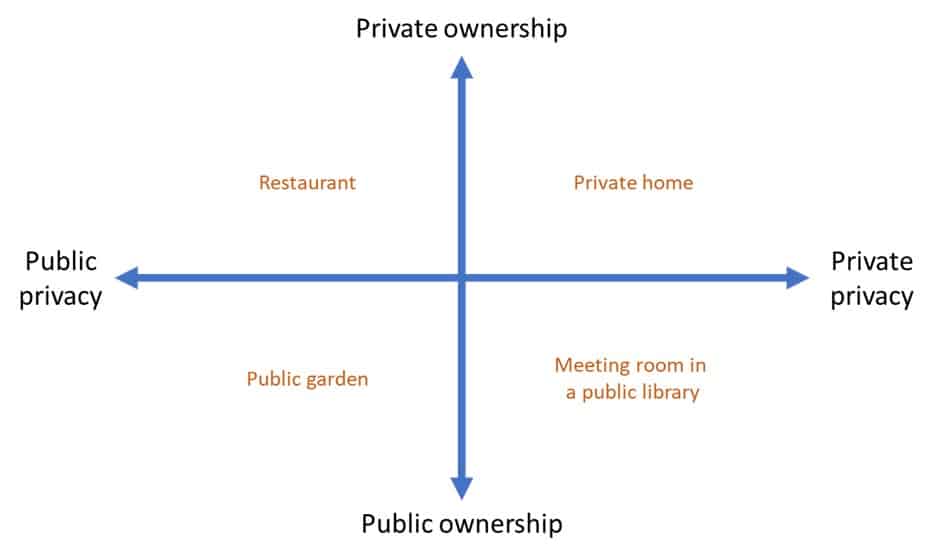 Figure 9. Matrix of ownership and privacy, and public and private spaces.

Most of our urban spaces are designed for purposes other than social interaction but nevertheless, they are important spaces for interaction. For example, the primary function of streets is the movement of vehicles and people, but streetscapes can be important places for incidental interaction as people go about their lives (depending on the design of the streetscape). The design requirements of form, function and sociability can involve trade-offs. Changes to existing urban spaces can result in improvements in social capital. However, there are likely to be diminishing returns, various trade-offs, and ultimately limits to how much the physical environment can enhance social capital.