There are many examples of social capital since it relates to human sociability – our ability to work together, to solve complex problems, and to form the organisations that make up society. It can be most simply understood by the old adage “it’s not what you know, but who you know”.

Examples of social capital are any benefit that is derived from interaction between members of a social grouping or society. Social capital can have downsides, so it is not just benefits; it could be any outcome of social interaction or sociability.

Consider if you were a hermit, living completely alone, what difficulties or challenges would you have compared to your current life in society? What benefits would you not have access to? This can be a good way to think about the examples of social capital. We are immersed in our social context to such an extent that it can be difficult for us to see the benefits of sociability that we receive every day.

Social capital has been approached from many different theoretical perspectives so there are different approaches to understanding examples of social capital.

For example, there is debate about whether social capital is the values, attitudes and beliefs such as norms, trust, belonging, etc. or the outcome of these mental constructs.

So, depending on the perspective, an example of social capital could be trust (the belief), or it could be someone being trusting or trustworthy (the outcome).

Does social capital need to be realised to exist? For many authors, social capital is the potential or likelihood of certain outcomes that arise because of people’s values, attitudes and beliefs.

It is useful to consider examples at different levels of social capital: individual, group, and societal levels.

The individual benefits of social capital are often the easiest to observe, and for us to understand. Social capital can give us access to tangible and intangible resources, benefits, productivity and savings, and these can be any form of capital (physical, human, social, etc). At the individual level social capital is embedded in social relationships. 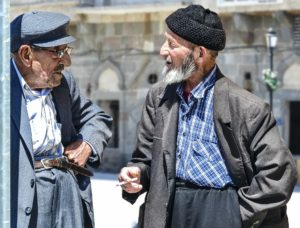 For example, you may borrow tools from your neighbours for odd jobs around your house, and they may borrow items from you. This is called reciprocity, and is a pattern of behaviour that is established through your social relationships and based on trust and respect. The benefits of these examples of social capital are obvious.

Consider you want to make pancakes for your kids on a Sunday morning, but discover you have run out of sugar. The nearest shop that is open is 15km away – the costs would be 45 mins and $5 worth of fuel. Instead you could ask your neighbour for the required sugar, if you have a positive relationship with them. The cost to each party is negligible – perhaps $0.10 worth of sugar and a few minutes. And there is also a benefit. The act involves social interaction that strengthens the relationship between neighbours, and builds the norms of reciprocity that can be of benefit to both parties in future.

Social capital can also provide access to human capital, in the form of skills, expertise, knowledge, or information. The examples are numerous. Your neighbour may be a plumber and be able to fix your leaking tap. They may do this for free, or in exchange for other services, or in exchange for a potential future ‘favour’. Another example could be knowledge. Your friend may be landscaper and be able to tell you which plants would be best for your garden. Or information – a recommendation for a reliable mechanic. The examples of social capital permeate every aspect of our lives. 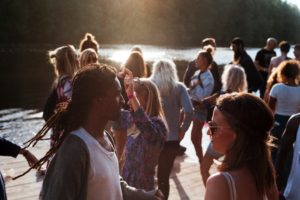 The most tangible example of social capital at the group level is the creation of rules or guidelines that provide the basis for behaviour and give members the confidence to act to prosocial or collaborative ways. Another example is common language and shared understanding. This creates a sense of shared purpose that also encourages collective action.

Where social capital is positive, there is an inclination to be cooperative and collaborative. For organisations, this can result in problem solving, creativity, and innovation that would not be possible if people did not work together.

Social capital also relates to social norms and belonging that can positively relate to motivation, with important consequences for productivity and efficiency.

At the societal level social capital is considered ‘collectively-owned capital’. It is associated with trust, trustworthiness, civic norms, association membership, and voluntary activities. Examples include the institutions created to meet basic and fundamental needs for production, reproduction, regulation, and coordination. Government and non-government organisations such as courts, police, emergency services, various government departments, and even corporations.

Societal level examples of social capital include when someone opens a door for someone, returns a lost item to a stranger, gives someone directions, loans something without a contract, and any other beneficial interaction between people, even if they don’t know each other.

13 thoughts on “Examples of social capital”