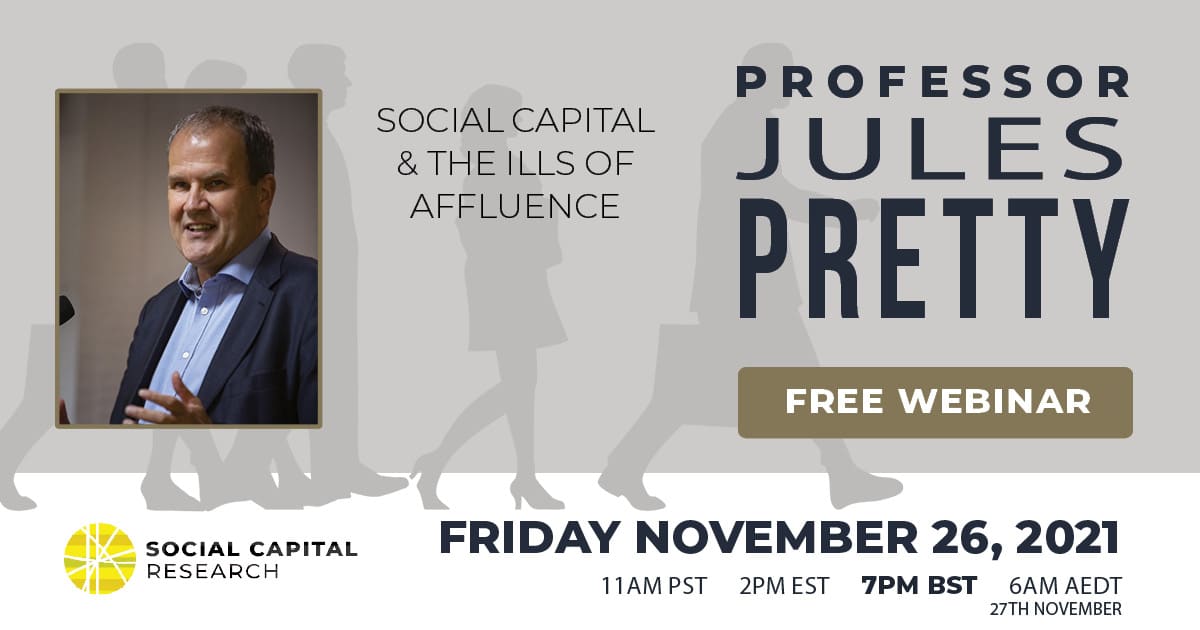 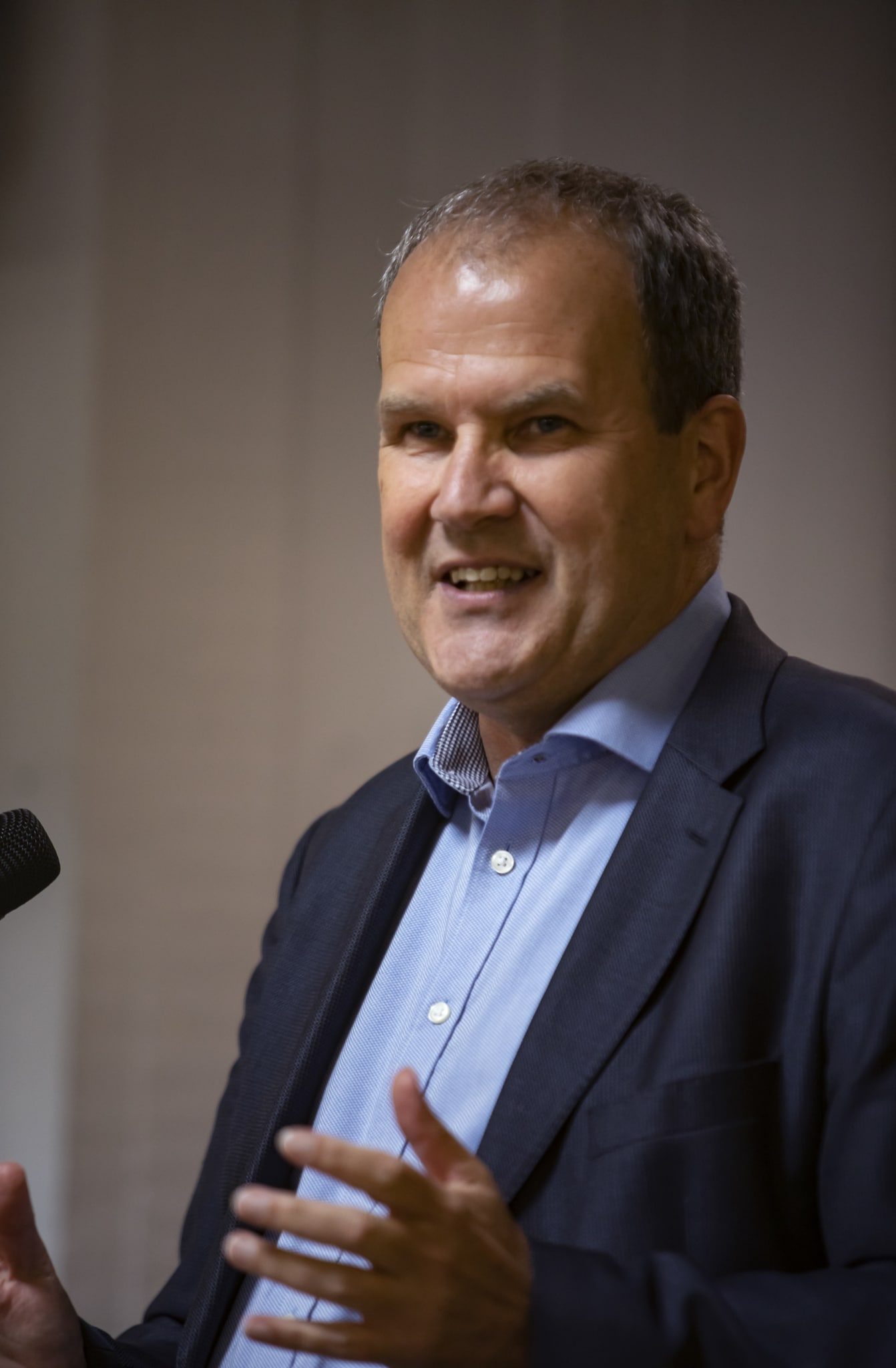 Professor of Environment and Society,
University of Essex
Director of the Centre for Public and Policy Engagement

Until the past half-century, all agriculture and land management was framed by local institutions strong in social capital. But neo-liberal forms of development came to undermine existing structures, thus reducing sustainability and equity. The past 20 years, though, have seen the deliberate establishment of more than eight million new social groups across the world. These groups focus on 1) integrated pest management; 2) forests; 3) land; 4) water; 5) pastures; 6) support services; 7) innovation platforms; 8) small-scale systems. We show across 122 initiatives in 55 countries that the number of groups has grown from 0.5M (at 2000) to 8.54M (2020). The area of land transformed by the 170-255M group members is 300 Mha, mostly in less-developed countries (98% groups; 94% area). Farmers and land managers working with scientists and extensionists in these groups have improved both environmental outcomes and agricultural productivity. In some cases, changes to national or regional policy supported this growth in groups.

Together with other movements, these social groups could now support further transitions towards policies and behaviours for global sustainability and better health. Major challenges remain on the four interlocking modern crises arising from the ills of affluence: climate, biodiversity loss, inequality and the major non-communicable diseases. But dropping old habits is hard. There are paths, but many seem to lead into a dark forest. We have choices, and a good life might not cost the earth if it can build on collective action and form social capital. 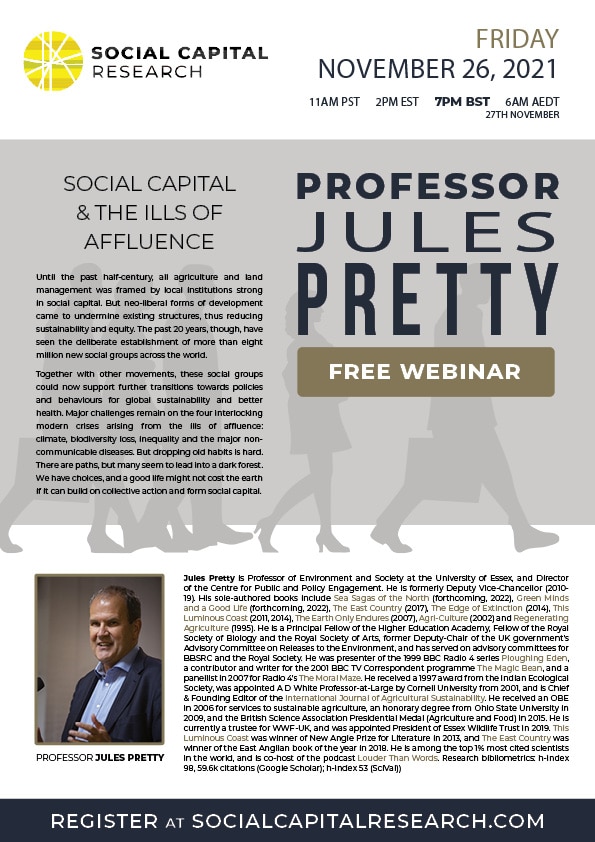 Jules Pretty is Professor of Environment and Society at the University of Essex, and Director of the Centre for Public and Policy Engagement. He is formerly Deputy Vice-Chancellor (2010-19).

He is a Principal Fellow of the Higher Education Academy, Fellow of the Royal Society of Biology and the Royal Society of Arts, former Deputy-Chair of the UK government’s Advisory Committee on Releases to the Environment, and has served on advisory committees for BBSRC and the Royal Society. He was presenter of the 1999 BBC Radio 4 series Ploughing Eden, a contributor and writer for the 2001 BBC TV Correspondent programme The Magic Bean, and a panellist in 2007 for Radio 4’s The Moral Maze. He received a 1997 award from the Indian Ecological Society, was appointed A D White Professor-at-Large by Cornell University from 2001, and is Chief & Founding Editor of the International Journal of Agricultural Sustainability. He received an OBE in 2006 for services to sustainable agriculture, an honorary degree from Ohio State University in 2009, and the British Science Association Presidential Medal (Agriculture and Food) in 2015. He is currently a trustee for WWF-UK, and was appointed President of Essex Wildlife Trust in 2019. This Luminous Coast was winner of New Angle Prize for Literature in 2013, and The East Country was winner of the East Anglian book of the year in 2018.

He is among the top 1% most cited scientists in the world, and is co-host of the podcast Louder Than Words.

Register for this webinar