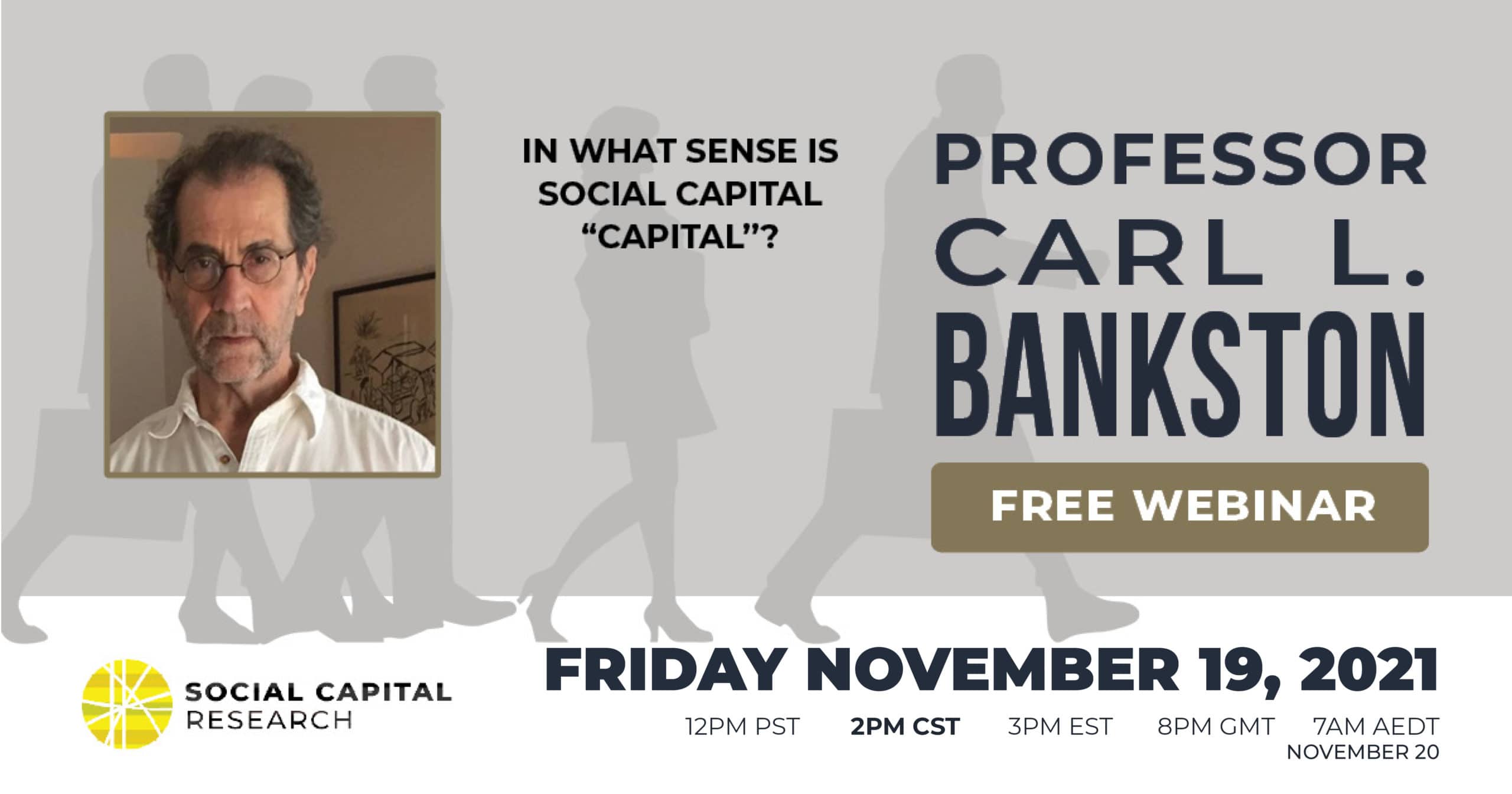 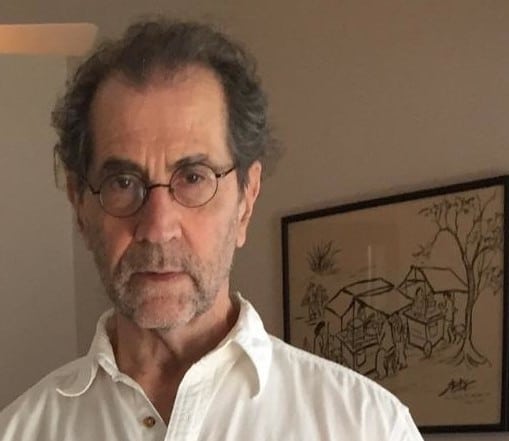 Please note: This event has been rescheduled to November 19th due to Hurricane Ida’s impact on New Orleans. If you have already registered you do not need to register again.

The word “capital” originally referred to financial resources invested in the production of greater financial resources. It has been gradually extended to other kinds of resources. These have included the skills, training, and knowledge of individuals, social groups or political entities (human capital); cultural traits that lead to desirable outcomes (cultural capital); and qualities of sets of people that result in advantages either for the sets themselves or the individuals in them (the most common senses of “social capital”). What do these uses of “capital” have in common and what differentiates them?

If one thinks of capital as any set of assets that can produce profitable outcomes, then it makes sense to talk about skills, training, or knowledge or about cultural values or forms of interpersonal relations as “capital.” Indeed, financial assets alone can only result in profits within cultural and interpersonal environments. But social capital clearly differs in a number of ways from financial capital. The latter comes in identifiable amounts. Although social scientists have proposed various ways of quantifying social capital, it does not come in obvious countable units, such as dollars or Euros. Authors often define what social capital is in varying ways, with some essentially considering it as synonymous with cultural capital or some particular cultural value (such as trust), while others define it in terms of interpersonal networks of control and support. A co-author and I have argued that one special problem in social capital theory is that the production of desirable outcomes from interpersonal relations or values is a matter of process, rather than a matter of the investment of countable assets. If social capital involves characteristics of social groups that result in profitable outcomes, when should we regard an outcome as profitable?

This webinar will deal with the theoretical problems involved in thinking about social relations as investable assets and attempt to explore what social capital does and does not have in common with the tradition idea of financial capital. 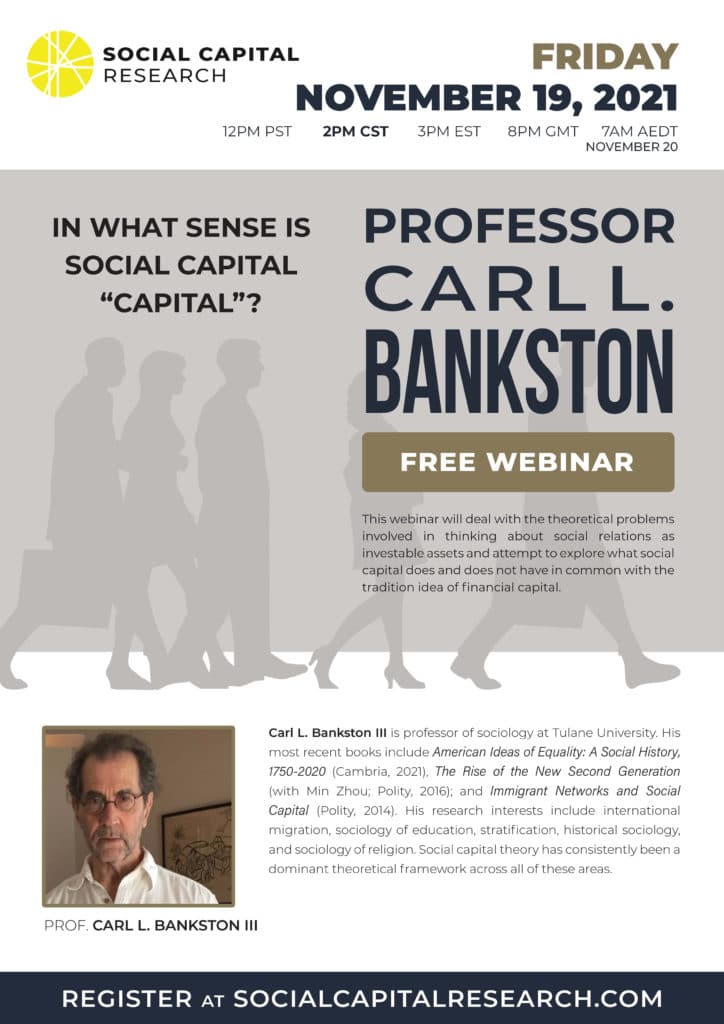 Carl L. Bankston III is professor of sociology at Tulane University. His most recent books include American Ideas of Equality: A Social History, 1750-2020 (Cambria, 2021), The Rise of the New Second Generation (with Min Zhou; Polity, 2016); and Immigrant Networks and Social Capital (Polity, 2014). His research interests include international migration, sociology of education, stratification, historical sociology, and sociology of religion. Social capital theory has consistently been a dominant theoretical framework across all of these areas.

Register for this webinar