The empathy-challenged employee: a growing problem?

Social interaction in our workplaces is increasingly important as automation replaces simple tasks, pushing our workers into more knowledge-based and management roles. The knowledge economy relies on social interaction and cultures that promote and facilitate these interactions. 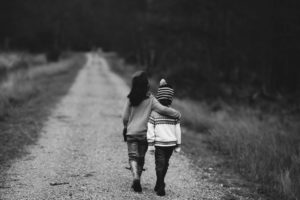 Research suggests we are seeing a decrease in empathy and increase in narcissism, particularly in our young people[1]. Empathy, the ability to understand and share the feelings of another, facilitates communication, builds trust, and discourages aggression and bullying. It is an essential ingredient in positive organisational cultures that are essentially social capital.

So many of our employees are now empathy-challenged – a facetious politically correct term to describe people who have less empathy[2]. We could describe them as sociopaths – not the type that would come into work next week and murder everyone. Since sociopathy is a continuum of severity we simply mean someone who has some difficulty understanding or sharing another person’s feelings.

This trend of decrease in empathy and increase in narcissism has been attributed to the rise of social media. It’s probably rooted in aspects of modern culture such as competitiveness (and underlying fear of not succeeding), superficial values of consumerism and wealth, income inequality, rampant voyeurism, and fear. But social media seems to provide the vehicle for its transmission and reinforcement.

Social media encourages self-promotion and fame seeking (the attention economy) that results in narcissism – an inflated sense of our own importance, a deep need for admiration and a lack of empathy for others.

The constant exposure to problems and tragic events can lead to compassion fatigue and confirmation bias that contributes to a relative emotional disconnect from others. Simultaneously people interacting through technology miss the social cues associated with face-to-face interaction, reducing their proficiency to read and interpret these cues. These cues are vital to empathy so it’s logical that a lack of ability to understand social cues will result in decreased empathy.

Are we doomed to a generation of sociopaths? A new dark age?

This is particularly significant for young people who are still learning and finding their place in society. Children and young adults who spend time on social media are missing out on face-to-face interactions that would allow them to learn social cues and develop empathy.

What can we do?

It’s not a lost cause. We have to fight the tide of the wider societal culture, but we can create our own culture within our organisation or group. And that is a fight worth fighting.

To varying degrees depending on the individual, when people enter a new situation they look around for cues to how they should act. They seek information about how things work in our organisation or group, how they should act and even think.

Consistency and alignment of messages

Lead by example. Show empathy towards everyone in your organisation or team. Encourage others to show empathy and find ways to acknowledge those who do.

When a new employee joins your organisation they start learning about your culture from their very first interaction – the job advertisement, the first interview, the employment contract, the induction pack, the site tour, the first meetings with colleagues. Initially their senses will be straining for any evidence of “how it is”, but as they settle in they will grow in confidence in the culture. 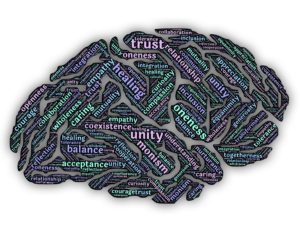 You need to ensure strong messages are sent from the beginning and nothing contradicts the culture you want to create.

We may be employing empathy-challenged people but we can’t underestimate the role of workplace culture in creating more empathetic actions in our organisation.