This report was prepared for Social Capital Research. You should reference this work as: 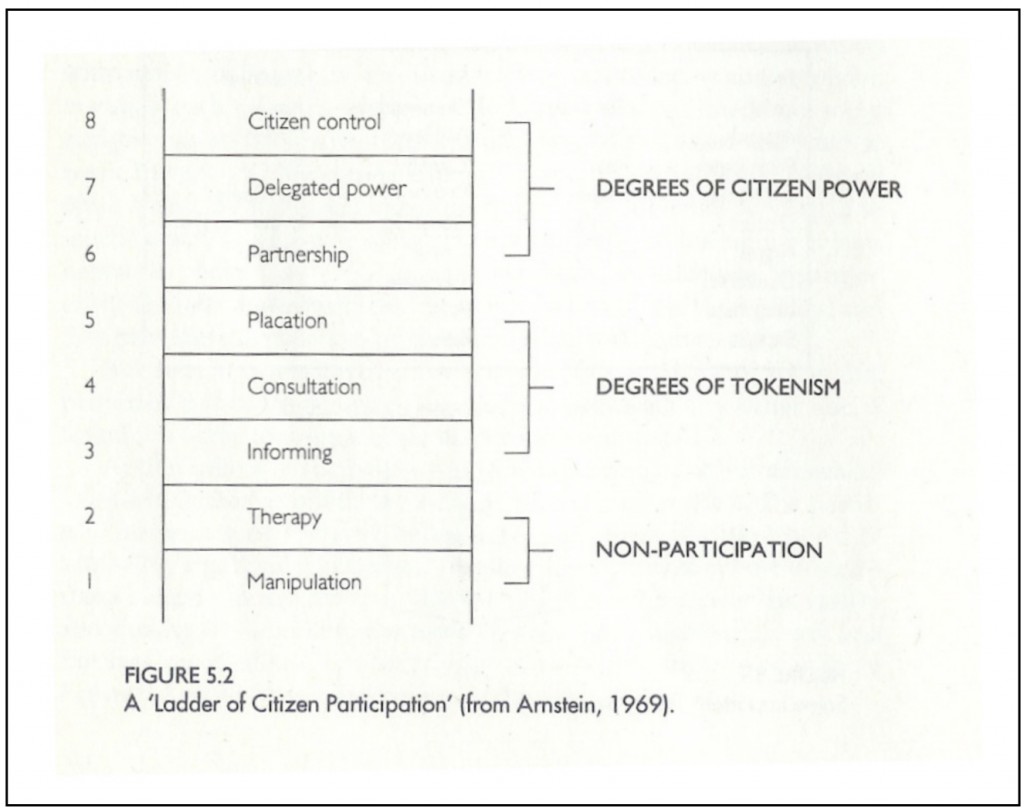 The most commonly cited typology of public participation is Arnstein’s (1969)[1] ladder of public participation which depicts participation’s multiplicity of meanings (refer to figure). Subsequent typologies, (for example (Agarwal 2001[2]; Choguill 1996[3]; Cohen and Uphoff 1980[4]; Maywald 1989[5]; Michener 1998[6]; White 1981[7]) are essentially variations on the same idea; of ordering the degrees of power-sharing between an agency and the public (Buchy, Ross et al. 2000)[8]. In typology discussions it is important to emphasize that stronger forms of participation are not necessarily better than those lower on the ladder i.e. it is context specific (Buchy, Ross et al. 2000)[8].

This report was prepared for Social Capital Research. You should reference this work as: