The cultural context of social capital

As a geographer and social theorist I have spent a lot of time reading and thinking about Australian culture. For a few years I taught a university course on Australian culture and spent many hours exploring the issues with students in tutorial discussions. 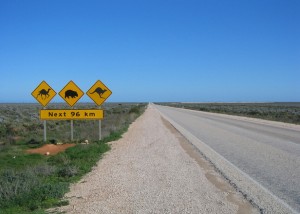 The fact that there are significant implications for social capital stemming from Australian culture highlights the importance of the context specific natural of social capital.

As an Aussie I am aware that I have built my social capital in ways that may not have been possible in other cultures. I have found it easy to build “bridging” ties with influential people in more senior positions than myself. The reasons for this partly lie in the nature of Australian culture and the way culture impacts social capital.

The nature of Australian culture may not be immediately obvious. Australia is a mixing pot of immigrants from many different cultures with a relatively short “modern” history[2]. Despite this Australia has a subtle yet distinct culture[3]. 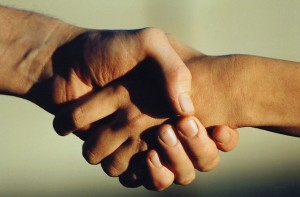 Australians may refer to someone as “mate” instead of using more respectful titles such as Your Honour, Sir, Madam, Mrs, Mr, Ms, Lord, and Your Highness. Many Australians would greet their Prime Minister with “G’day mate” and would not see this as rude or inappropriate[5].

In my own experience the first time I met one of the most senior people at my university, let’s call him Prof Smith, this is exactly what I said, and we quickly built a close relationship and he remains a good friend today. It was my first year as a sessional lecturer, not even full time, so just about the most junior position of any academic staff.

In just about any other country this would have been highly offensive. How dare I assume that I was his equal? And yet in Australia it is routine to call superiors, teachers and doctors by their first name.

Australian egalitarianism can be seen as offensive by other cultures, but between Australians titles can be a barrier to the development of trust and mutual respect that are important components of social capital.

Australians tend to have an inherent distrust of “the big end of town” and particularly politicians. This likely originated in Australia’s convict past and early governance that was seen to be under English control. As a result all politicians are liars and not to be trusted, and this persists to this day.

It is probably also the root cause of the “tall poppy” syndrome:  the view that people of merit should be cut down. In Australian culture people are often resented, criticised, and attacked if their talents or achievements elevate them above their peers.

Therefore the use of titles and generally any references that imply a class system is not helpful in the development of social capital at the micro level[6]. If Australians can relate to each other as equals they are far more likely to exhibit many of the characteristics that foster social capital.

As much as many Australians are distrusting of authority, they are known for being easy going or laid back, hence the saying “she’ll be right mate”. This attitude seems to have stemmed from the laugh or cry idiom that was a reality of the harsh Australian outback and the hardships of isolation, long distances and difficult climatic conditions. 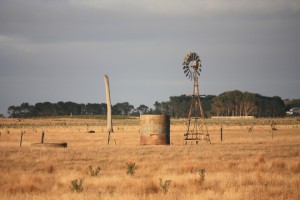 Because of this Australians are difficult to offend, but this also means they are not sensitive to causing offence in others. To outsiders, Australians often appear very blunt and rude. They tend to call a spade a spade when perhaps more tact is required.

This bluntness, often seen as honesty and integrity, is highly valued and helps to build trust. The outward attitude of many Australians can be quite cynical and almost seem to presume strangers to be guilty until they prove themselves otherwise[7].

So bluntness allows Australians to quickly prove ones worth and move from guilty to trustworthy. In fact, failure to honestly express what you mean can be considered evasive, hypocritical or even cowardly. This is clearly very important in the development of productive social relationships (ie social capital).

So where many other cultures value subtlety and face-saving, Australians value the exact opposite. The day I met Prof Smith at my university he was running a workshop and during a discussion I “told it how it is” in a way that would have been disrespectful in most other cultures (and potentially resulted in the termination of my employment I suspect).

Prof Smith later told me that he respected my honesty and valued the insights I was able to give the group. Soon after we had established regular meetings to discuss sociological themes and their consequences for institutional reform, and over the years we developed a strong friendship[8].

My relationship with Prof Smith represented a bridging tie (a vertical relationship between a junior and senior staff) where I had a degree of network closure with other relatively junior academics in my faculty, and he with senior management. Using network theory terminology our tie was located at a structural hole.

He was influential and connected to all areas of the university and from a social capital point of view the relationship was immensely beneficial to me. The value cannot be easily estimates and in some ways was invaluable, by sharing information that was not available anywhere else, and by making introductions that I could not have got without knowing him.

The relationship was not one-sided though because I provided connections to the “coal face” and I continued to honestly relay information about what was happening in classrooms, the mood of the staff and provide input on institutional policy.

Australians tend to respect self-confidence and have developed a reputation for being larrikins (a person who acts with apparent disregard for social or political conventions[9]) who are fond of teasing and taunting each other. They expect the victim to respond in kind, and anything less than a witty retort is seen as a sign of weakness.

In fact, Australians only tend to tease people they like and respect. It is a signal of a sense of comfort in the strength of the friendship and as such it is actually an important determinant in building social capital as it strengthens ties.

It also engenders a sense of belonging, especially where individuals can act in this way in more serious settings, or when in different countries[10].

I’m not saying I would have teased Prof Smith on our first meeting, and almost certainly not on our second, third or fourth meetings either (due to the significant power differential), but it would have been quite appropriate for him to have done so to me, and I would have been expected to respond in kind (carefully).

People from many other cultures would be shocked and offended by this behaviour and find it difficult to know how to respond this aspect of Australian culture. It highlights how the cultural context is so important in determining how social capital is formed, maintained and manifested.

Clearly this is not a blueprint for building a social relationship with an Aussie, but this discussion presents some of the barriers and opportunities that relate to the development of social capital.

I believe my friendship with Prof Smith came about partly because I treated him as an equal, communicated honestly to the point of being blunt, and acted (or at least reciprocated) some degree of larrikinism that was appropriate for the professional setting of our interactions[11].

I developed numerous other very important social relationships by acting in this way. This of course is only relevant in an Australian cultural context and would likely have been detrimental in any other cultural context.

I believe the cultural context in which social capital exists is very important to its development, maintenance and manifestation. This article has provided some discussion of my own personal experiences in an Australian context.

In the Australian cultural context the relative absence of formality and limited need to conform presents opportunities for the development of bridging ties that are rarely seen in other countries.

[1] I make numerous generalisations about Australian culture that may only apply to some members (albeit a majority) of the community. Australian culture is not particularly homogeneous and there are huge differences between urban and rural areas, between different socio-economic groups, and areas with high proportion of people with a particular ethnic background.

[2] I use the term modern history because the indigenous population of Australia most certainly does not have a short history, but colonisation has created a new culture that is somewhat distinct from Aboriginal culture.

[4] When you have a high self-confidence then if someone else is an equal then they are also of high worth.

[6] Of course this is a generalisation since there are some social settings where titles are important.

[7] Despite this distrust everyone is still a “mate” because this simply implies equality and the possibility of mateship rather than actually extending trust to people who are unknown. People you don’t know are not to be trusted but they are potentially your mate once they prove themselves.

[8] I’m not suggesting that all you have to do to become friends with an Aussie is to greet him with “G’day mate”. Clearly other factors are far more important but the point here is that in Australian culture an equalitarian approach is generally more likely to build social capital than a more formal approach.

[9] Discussions of larrikinism often cite the mischievous pranks of the ANZACs, particularly in Egypt during WWII.

[11] While this Prof Smith example is fictional it is based on a real friendship that I developed at my university in very similar circumstances. I’m not going to further explore the more substantive reasons why our social relationship developed since the aforementioned factors are the most relevant to this discussion of the cultural implications of social capital.