How can you build your social capital?

You can generally only benefit from social capital under certain conditions

Social capital is best ‘used’ when there is give and take otherwise social capital is depleted – nobody likes people who only take and don’t provide anything in return. By trying to build as much social capital as possible it becomes more likely that you can benefit from it when and how you need it. 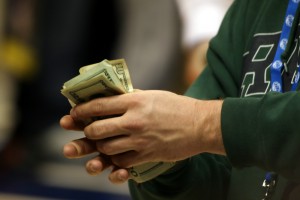 Because of the chance nature of social capital realisation, you can generally only benefit from social capital under certain conditions. That is, you cannot cash it in any time or place you want.

The concept of social capital is not dissimilar to processes in traditional barter systems however it’s not just goods that are traded, but also information and services.

It’s the idea of doing others a favour and potentially having that favour repaid at some time in the future. Social capital can be developed through investment in your social relationships, it also can be derived purely from a sense of belonging – we can feel a sense of belonging and therefore feel trust and reciprocity with people we have never met, for example we feel this with another person from your home town when you meet them elsewhere.

It is possible to be conscious of social capital, and to consciously build your social capital, but it is always going to be most beneficial when there are no expectations of a return on your investment.

Social capital can be ‘used up’ or ‘spent’ if too many favours are ‘called in’ without reciprocation. When we benefit from social capital in less prescriptive ways we tend to actually improve our social capital rather than deplete it.

The nature of social capital

Social capital exists between people and does not reside with a single actor, a single person, so social capital cannot be realised without the right context. This means there is a strong element of chance in the realisation of social capital.

For example, if you are in a foreign country and need to know where the train station is, you can benefit from information flows derived from the sense of belonging that comes from meeting someone from your old school, but only if that person is there to share the information they know and that you need. 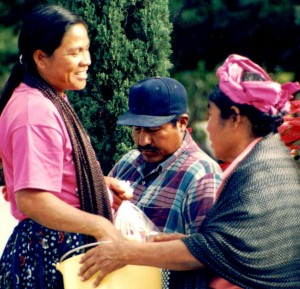 So there is an element of chance involved. It cannot be a currency because it cannot be owned by one person, and cannot be realised without the right circumstances.

So an individual’s social capital can be developed, but not without improving the social capital of others. This means that social capital is not an individual commodity, but something that is built and shared with others including friends, family, co-workers, colleagues, clients, employers, acquaintances, etc. and your shop keeper, butcher, bus driver, kids’ teachers, neighbours, postman, members of your sporting groups, social groups, professional groups, etc.

It comes from sharing and giving, and from belonging and socialising. It’s about goodwill, trust, and developing a sense of belonging.

3 thoughts on “How can you build your social capital?”